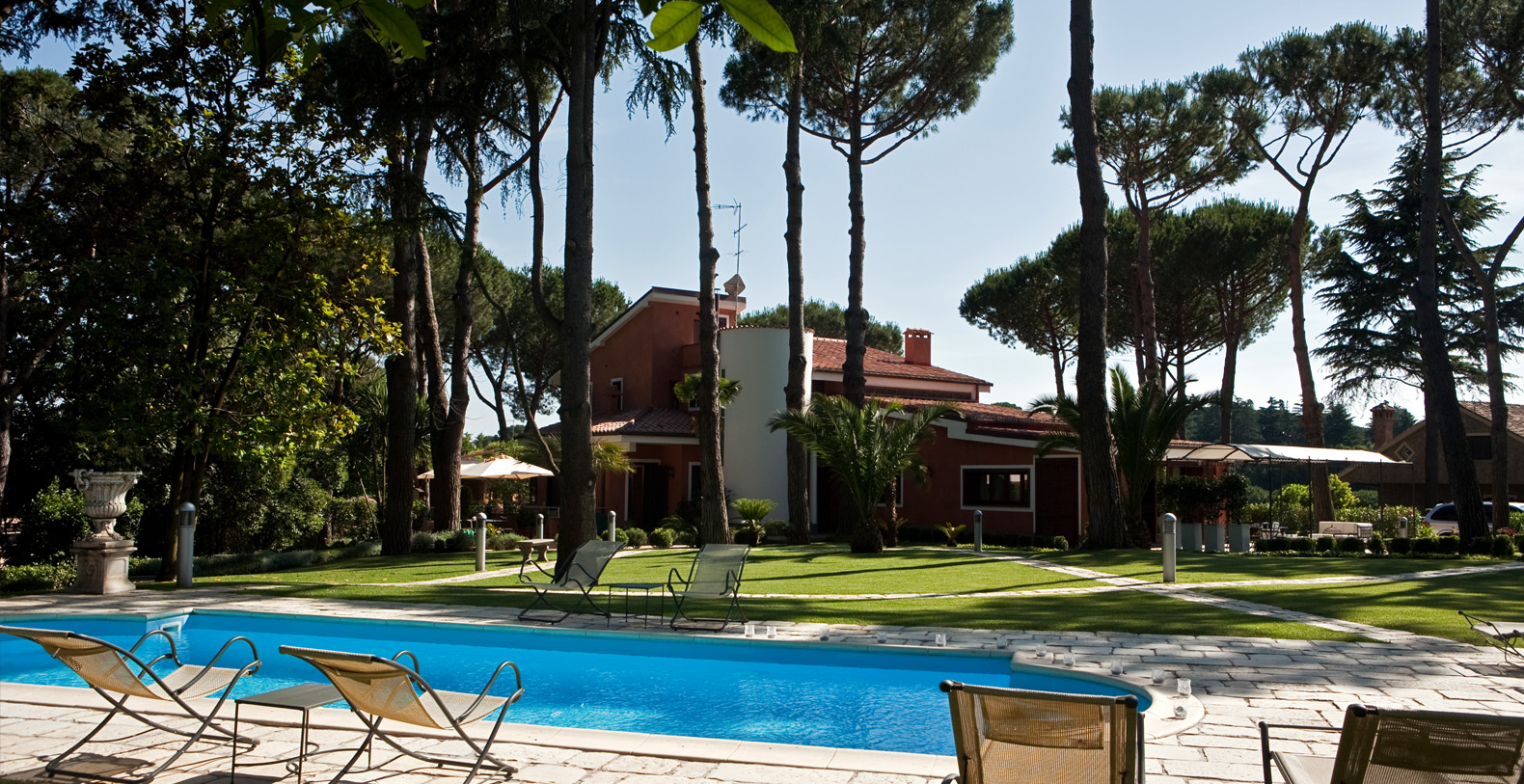 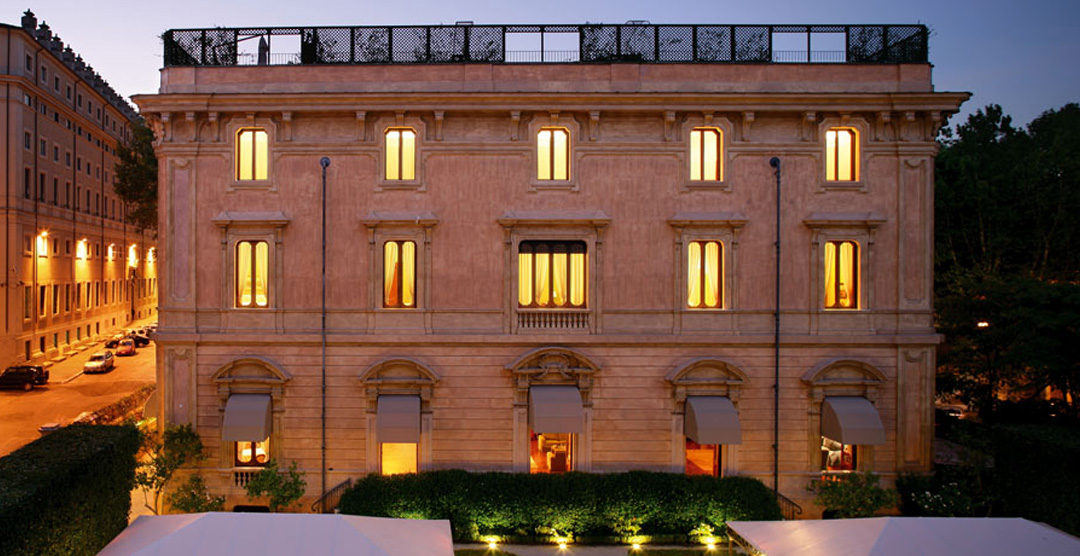 In the historic Spanish Steps neighborhood, the 2-bedroom Greci 7 vacation apartment puts you in the ancient heart of Rome. With the banks of the Tiber River on one side and the lush gardens of the Villa Medici on the other, this apartment will introduce you to the city’s most iconic sights

The Apartment is an elegant attic in the heart of the Eternal City,a few feet away from the Spanish Steps, with two splendid terraces suspended over a 360° view on the history of Rome

In a seventeenth-century palace building overlooking the tiny beautiful street, Vicolo Domizio in the heart of Renaissance Rome between Piazza Navona and Saint Peters , Domus Domitia welcomes guests in a unique setting.

This luxurious 3-bedroom vacation apartment, the Colosseo View, is located near the many historical and cultural attractions of the Piazza Venezia and Roman Forum neighborhoods.

Minutes from the Spanish Steps, the spacious 3-bedroom Vite apartment will be your haven in the heart of Rome. Surrounded by upscale shopping and restaurants of all flavors, this vacation apartment exudes Roman sophistication.

Leone Three in Rome is a luxury apartment rental situated on the second floor with wonderful views and close to the nightlife in Rome.

Leone Quatro is a stylish and elegant apartment rental located in Rome on the fourth floor with beautiful views of the hustle and bustle of the city.

The exquisite 3-bedroom, 3-story, Cavour Luxury Penthouse sits on the Tiber River, in the tranquil yet central Piazza Cavour neighborhood. Stroll to Castel Sant'Angelo, (10 minutes) to marvel at the monumental fortress, or to Piazza Navona (9 minutes), for bustling cafes and bars.

Close to Sperlonga, on Gaeta hills, far from the traffic noise, surrounded by olive groves, cypress trees and herbs, there is villa la camargue. in the garden surrounding the house, guests can enjoy themselves, have a drink, relax with a good book or just lie in the sun.

In the southern part of Lazio, about 120 kms from Rome, close to the border with Campania, is the Gulf of Gaeta; the coast, which has been flat and sandy for miles, suddenly starts to move, in a succession of promontories with little hidden bays and beaches and charming grottoes, alternating rich mediterranean vegetation and harsher, naked areas, all of it dipping down into a splendid sea with rich colours offering wonderful panoramas

Live the history. Experience the luxury. Conquer Rome in complete comfort. Nestled in the heart of Rome, this impressive Renaissance palace has been the seat of the aristocratic Costaguti family for centuries

Retreat with your loved ones. Relax in a family haven that will last for generations to come. Rejoice and create memories no money can buy. Enjoy fantastic sea and mountain views, a large pool and the stunning ancient olive grove with your friends and family. At Villa Capri, which comfortably sleeps up to 12, contemporary architecture blends with classic heritage, and the mountains meet the sea

Relais Claro de Lua is located a short distance from Rome International Airport and is a destination for discerning and top travelers attracted by the beauty of the coast, the warm climate and the white sandy beaches, which spread over 0.5KM.  The Villa is located a few minutes from the historic center of San Felice Circeo.

Directly opposite the renowned park of Villa Pamphili, a close distance from the city's downtown. This luxury apartment is a contemporary, spacious and luxurious complex where our guests can relax and enjoy true luxury holidays, owing to the well appointed swimming pool surrounded by a green and luscious garden

The Villa is a historic and sophisticated private country dwelling built in 1840, nestled in the green hills around Parma in a small village, on the border of the Regional Park Boschi di Carrega. The area is very exclusive, not yet too touristy although with all the features to make your holiday unforgettable

The Palazzo Romano is set in a historical villa estate, with 14 opulent bedrooms and luxury staff on hand to tend to your every need. It offers a spa, a peaceful garden, and luxurious rooms decorated in a mix of modern and traditional styles

Back to Italy
About Lazio

Lazio is a region of central Italy bordered by the Tyrrhenian Sea, traverse by the waters of the Tiber River and mainly characterized by hills and mountains, while it slopes down near the coast. This region has different yet complementary features, unblemished sceneries and spectacular horizons among the towns. Visitors can enjoy incredibly beautiful views, like Villa Borghese in Rome, the Italian capital.

Villa Borghese is the most famous city park for walking or cycling. It represents an unparalleled experience between art, containing the Borghese Gallery with its masterpieces, and the nature surrounding it, including lakes and ancient trees. Lazio is also full of spas, whose history is bound to the several thermal water springs that had great success in the Republican Age and continued to be used in the Imperial Age. The Romans built sumptuous thermal baths and we can still admire their vestiges around the territory; first of all, the Terme di Caracalla (now in a state of magnificent ruins) in the heart of Rome.

Tivoli is another spa, but its fame is mainly due to the artistic beauties it contains, like Villa D’Este, with its splendid fountains, gardens and magnificent palace of the Renaissance, and Villa Adriana, the ancient residence of emperor Hadrian. The two villas are on the UNESCO World Heritage List.

For those who prefer the sea, this region offers some pearls such as Gaeta, Sabaudia, San Felice Circeo, Sperlonga and the Islands of Ponza and Ventotene, while those who love lakes will enjoy Bracciano, an enchanting stretch of water encircled by the intense green of the surrounding nature and overlooked by a magnificent 16th-Century castle. Walking along the Medieval streets of the villages by the shores of the lake, visitors can feel that these places are not only bound to the Roman Empire, but were also the theatre of various historical periods. Lake Bolsena, in the area of Viterbo, gives us an example of it, as it is the biggest volcanic lake in Europe and encloses two islands, Bisentina and Martana. This lake combines the charm of lush nature and splendid view,s with the history and traces left by the Etruscans, Romans and successive populations.

Finally, mountain lovers will not be left disappointed by Lazio, thanks to the ski resorts of Terminillo, Livata and Campo Staffi. This land evokes memories of unrivalled places and intense emotions, but also a clear perception of the relentless march of time, that justifies the attempts of our ancestors to challenge time and leave us their remembrance.

The provinces of the region are: Rome (regional capital), Frosinone, Latina, Rieti and Viterbo

Let Us Help You Save Time, Just Send One Email, We Will Do The Rest!